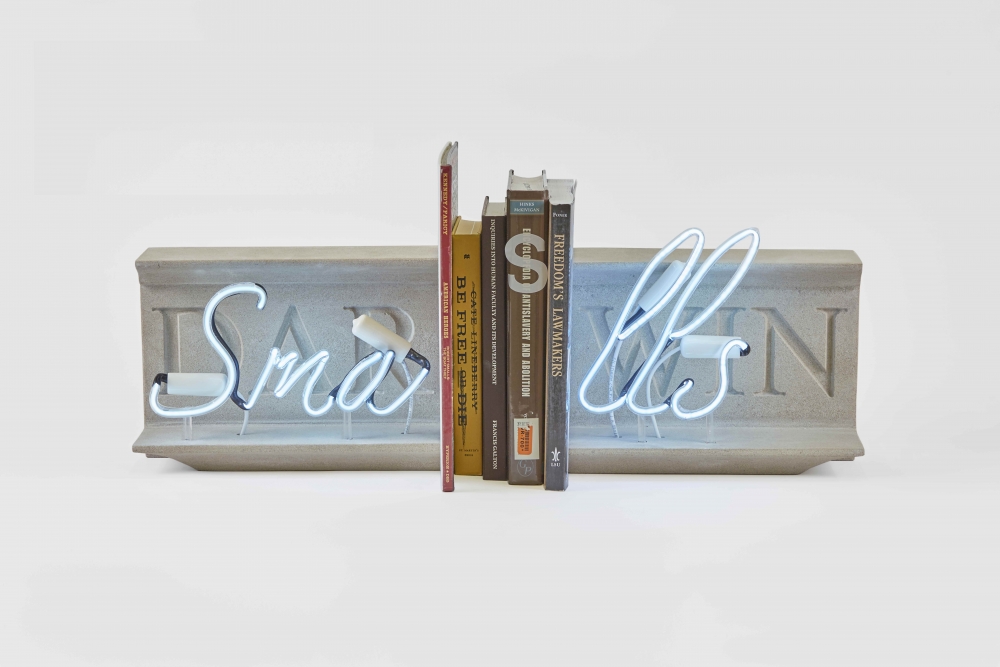 Essay by Neville Wakefield
In the words of the great Ralph Ellison: “I am invisible, understand, simply because people refuse to see me. Like the bodiless heads you see sometimes in circus sideshows, it is as though I have been surrounded by mirrors of hard, distorting glass. When they approach me they see only my surroundings, themselves or figments of their imagination, indeed, everything and anything except me.” Seeing and being seen is at the heart of Tavares Strachan’s practice. Born and raised in the Bahamas his eyes have always been drawn to horizons; to the lines that separate the visible from the invisible, the known from the unknown. The urge to explore has lead him to the further reaches of the earth - to the Arctic and to outer space – but also to epistemological shorelines, shorelines guarded once by the white academia of the Encyclopedia Britannica and more recently by the algorithmic sentries of the Google post-nation state. If knowledge is power and power is visibility then actual history is written not in the landfill of received wisdom but on the shorelines to which Strachan is irresistibly drawn.

For the 57th Carnegie International Strachan chose not to enter the building itself and add his capital to the cultural vault, preferring instead to occupy the entablature where the names of the great men – and they are exclusively men – who hold up this great edifice are inscribed in stone. There he saw the opportunity to bring the great invisible and marginalized men and women of history literally to light. The resulting palimpsest of stone and neon read like a who’s who and who’s not of the history summoned to support Carnegie’s philanthropic institute. In the spaces between the likes of Darwin, Rembrant, Voltaire, Goethe, Newton, and Magellan, the artist inserted the names of others culled from his own Encyclopedia of Invisibility, a vast compendium of all those for whom official history has undervalued or overlooked.

The Hidden Histories series invokes similar architectures of knowledge albeit on a domestic scale. The inscription of the building is here reproduced as bookends. Sandwiched between the limestone volumes of literature speak to ex libris histories of thought and emancipation. Smalls (from Hidden Histories series) 2018, is a collage of library and inscription, which has Darwin incised in the rock of time with the barely known Smalls flickering above in neon script. Evolution, it seems to suggest, should by rights also include the story of people like Smalls, an enslaved African American who gained freedom during the Civil War and became a ship’s pilot, sea captain, and politician. Excluded from the canons of official history, Small’s tale of freeing himself, his crew, and their families from slavery on May 13, 1862 by commandeering the confederate transport ship, CSS Planter and sailing it to the US blockade has, up until this point, remained largely obscure—obscured by a dominant imagination that as Ellison put it sees everything and anything but me.