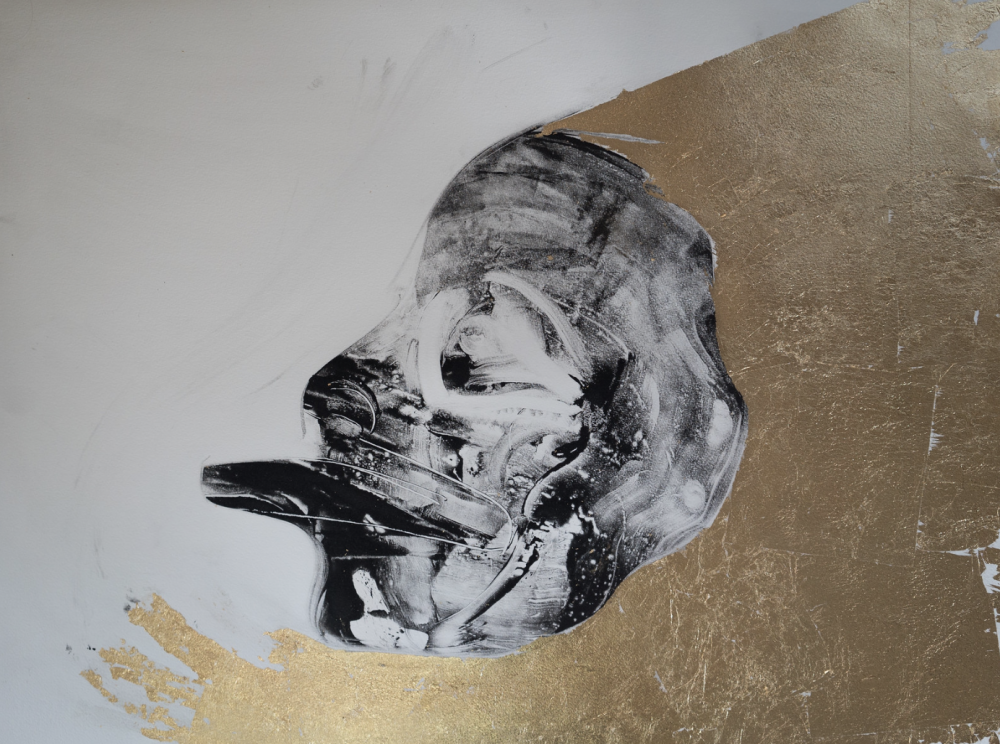 Essay by Neville Wakefield
Days may be short and nights long. Or it may be the other way around. Either way, long before it was overseen by the colonial influences of Russia and Europe, life in Sitka Alaska was shaped by the diurnal, seasonal, tidal and spawning rhythms of land and sea. It’s here that Nicholas Galanin grew up, and where his re-indiginizing practice takes the form not just of a continued insistence on collaboration and community – in work that is made with Merrit Johnson, Will Burkard, Nep Sidhu, partner, uncle, and friend – but of connection to the land itself.  Inspired by generations of Tlingit and Unangax creative production and knowledge, it is a connection written not just in the practices that surround it, but into the very neural pathways and cognitive maps of the people for whom this has been their ancestral home.

Things are looking Native, Native’s looking Whiter (2012) is a compelling combination of two equally fantasist perspectives. One side of this portrait-brain belongs to a young Hopi-Tewa woman culled from Edward Curtis’ famous early 1900’s documentation of Indigenous people of Alaska and the Pacific Northwest, the other to Princess Leia of Star Wars. Here galactic imperialism is rendered as alternate continuity not just within the franchise, but also within the plight of the indigents of whom its various death stars have sought to eradicate. Leia and the Hopi-Tewa subject of Curtis’ settler documentarianism become one, and the myths of outer exploration and inner extermination are brought together in a portrait that flickers like EMPDR therapy between the different eyes and brains of equally false memory and empty promise.

This same flickering is made literal in work titled White Noise, American Prayer Rug (2017), that stole the sixth floor of the recent Whitney Biennial.  Here we see the ambience of a weak signal broadcast as it would appear on analogue TV, woven into the form of a rug. The noise or ‘snow’ as it would sometimes be referred to, wipes out the message the media was designed to carry to become instead a uniform distraction obscuring images and silencing voices. As Galanin puts it, “whiteness as a construct has been used historically throughout the world to obliterate the voices and rights of generations of people and cultures regardless of complexion.” Within the white noise there is no space for prayer and the rug is voided of all spiritual potential, an artifact destined only to be trampled underfoot.

But as much as social justice narratives ebb and flow through the work, Galanin also realizes that to hold sovereignty on his creativity is to decide when and how to be. With his most recent series of monotypes, it is the artist’s hand as much as his history that shapes this space and presence of representation. Let them Enter Dancing and Showing Their Faces 2018, is a reference to Tlingit culture, specifically to an entrance dance where the face is revealed, not masked. It is also the title of the work. “Dancing in our culture is to move as our ancestors moved. There is much to be learned in this space where we combine time, song, ceremony, and community, and breath life into our mask, headdresses, and hats, our at’oow.” Each monotype bears the imprint of this combination.  Each monotype tells us the story of its creation, not as myth but as lived experience—as the marks that are of equal importance whether on paper or land.

Nicholas Galanin
b. 1979, Tlingit/Unangax
Nicholas Galanin’s work offers perspective rooted in connection to land and an intentionally broad engagement with contemporary culture. For over a decade, Galanin has been embedding incisive observation into his work, investigating and expanding intersections of culture and concept in form, image and sound. Galanin's works embody critical thought. They are vessels of knowledge, culture and technology - inherently political, generous, unflinching, and poetic.

Galanin’s concepts determine his materials and processes. His practice is expansive and includes numerous collaborations with visual and recording artists. He is a member of two artist collectives: Black Constellation and Winter Count.

Galanin embeds incisive observation and reflection into his work; investigating and expanding intersections of culture and concept in form, image and sound. He engages past, present and future; through two and three dimensional works and time-based media; exposing intentionally obscured collective memory and barriers to acquisition of knowledge.

Creating images and sound moving in time and animals fixed in space. He splinters tourist industry replica carvings into pieces, destroying commodification of culture and evidencing the damage. His carving practice includes customary objects, petroglyphs in sidewalks and coastal rock, masks cut from anthropological texts, and engraving handcuffs used to remove Indigenous children from their families. Beyond the walls of his studio, Galanin designs and fabricates ceramic riot gear, arrows in flight, and curio masks covered in delftware patterns, employing materials and processes to expand and forward dialogue on what artistic production is and how it can be used to envision possibility.

Galanin apprenticed with master carvers and jewelers, earned his BFA at London Guildhall University in Jewelry Design, and his MFA in Indigenous Visual Arts at Massey University in New Zealand, he lives and works with his family in Sitka, Alaska.