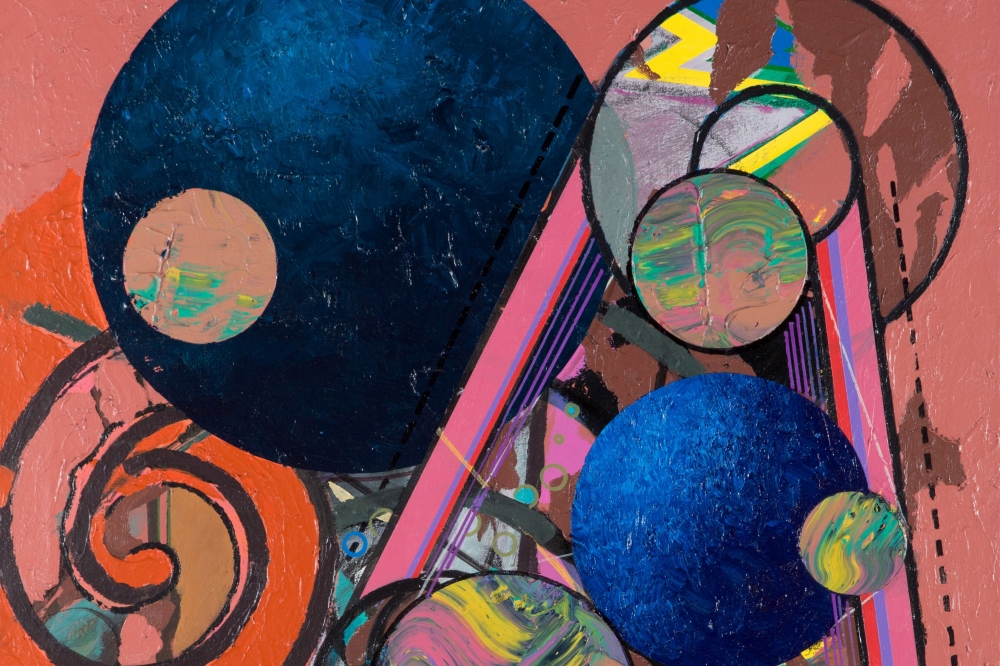 Essay by Neville Wakefield
In terms of typical career trajectories 1973 would have been a launch-pad year. But for Robert Reed, who at the time was being celebrated across three New York exhibitions, including at the Whitney Museum of American Art, typical was never part of the lexicon. Having grown up amongst entrenched poverty and the deep racial division of Charlottesville, Virginia, Reed came to art via color; working his way from Morgan State University to Yale he become a student of the visionary abstractionist Josef Albers and later the first and only tenured African American faculty member in the history of the School of Art. During that time his refusal to conform to any of the many categories of extended embrace, both enamored him to his students and consigned him to painterly obscurity. Only after his death in December 2014, when the large body of work that had languished in his New Haven studio was finally unearthed, did the recognition denied him the best part of a lifetime, begin to arrive.

Like many of his generation Reed himself worked abstractly to avoid direct political representation. Color in its most reactive radiance and space that never let go of its attachment to the picture plane, marked all of his work. His own affiliations belonged as much to the Florentine Renaissance as they did to the currents that flowed from Abstract Expressionism through the many painting styles of the day. Paulo Uccello’s triple-bill anti-masterpiece ‘The Battle of San Romano’ exercised particular fascination. Here the struggles with perspective and the failed rendering of three-dimensional illusionistic space suggested a battle beyond that of the Florentines and Sienese. Within swirling vortices of lances, hooves, horses and men is the conflict of space itself. As with his own life and upbringing, Reed, one suspects, was less interested in what was being represented than in the struggle for representation itself.

As one who disdained labels, the term African-American modernism would have been shunned, despite its ability to describe a certain approach to painting, and existence, itself. A sustained and relentless focus on color, geometry, and the organization of form put him at odds with the deeply rutted obsessions with process and politics that were driving institutional and market interest. In 1986 he wrote: “I… accept the fact that of great importance in the artistic commitment is choice, that you have to make your own choices. You make those choices based on your needs, and that should be respected. I think of myself as an artist who’s black, an artist who goes to a well for metaphors for experiences that I have had. In terms of the stereotype black experience, I’ve been very much involved with that. I know what it is to be discriminated against. I know what it is to automatically walk to the back of the bus. I know what it is to be spat at. I know all of that stuff, and that ain’t gonna go away… It’s very important to be able to, within yourself, decide how you wish to utilize or make the statement for the cause, so to speak. My way of dealing with that issue is through the classroom, through education.” It was through education that Reed made his most indelible mark, an imprint still felt through artists such as Martin Puryear, Rachel Rose, Tavares Strachan, Tschalababa Self and Tala Mandani.

Power of Ten, No Count and Galactic Journal: Ginger Snap (aka school of colors #1) from the nineties are both formally mechanistic compositions of circles, spheres, spirals, and bands. Just as the dimensional forms push against taut diagrammatic compositional containment, so the vibrant pulses of color suggest a universe held in a tenuous balance of simultaneous expansion and contraction. But the engine of this accomplishment is neither flashy nor expressive. Reeds’ incandescent cosmologies of color and thought lead the eye into the vortex of restricted space and self-restraint. In doing so, they also lead directly to the heart of the difficulty involved in articulating the value of any piece of art, for which the canvas of the mind and the actuality it represents are always at odds. For Reed, it was simply a question of making choices based on needs. With this long-neglected body of work he does just that.